Conveniently nestled in a secluded marine-industrial warehouse district between Port Everglades & Fort Lauderdale/Hollywood International Airport, LauderAle’s 1,500 square foot tap room was bootstrapped and built by two Fort Lauderdale natives using recycled pallets, railroad ties and shipping containers to create an inviting, yet rustic and laid back atmosphere. The locals say it’s like hanging out in your best friend’s garage or backyard, but with real beer! As the first nano brewery in Southeast Florida, LauderAle was a pioneer in the local craft beer landscape.

Independently owned & operated, LauderAle Brewery & Tap Room has 30 drafts rotating through 60+ craft beers and 5 cores including Lunch Money, a New England Style Pale Ale, C Porter, a Robust Porter with coconut and Heisenberg, a German Hefeweizen. Our passion for cultivating authentic hand-crafted ales is centered on local culture and influence, the ever changing tap list encompasses a wide variety of styles ranging from Cream Ales and Lagers, India Pale Ales & Belgians, Porters, Stouts and limited edition barrel aged beers. A new excitement for wild sours has sparked a fire so we’re constantly experimenting with Brettanomyces, Lactobacillus and Pediococcus. Our brewer’s are some of the most dedicated and passionate in the industry, recognized with medals at The Great American Beer Festival, U.S. Open Beer Championship and The Best Florida Beer Competition.

If the beer hasn’t got your mouth foaming, we’ve got a little something for everyone including cider, fine wine, sangria, champagne, Mimosas, sake and Bloody Mary’s.
We’ve got a different food truck every day which we carefully select to pair with our beers. Check out the calendar because we have tons awesome events and local live music.

Our staff is amazing, most of them have been with us several years and love craft beer just as much as you do. They treat our customers like family which has built a local community of diehard craft beer lovers. Their experience and training is among the highest in the industry and they’re all Cicerone Certified Beer Servers. Not sure what you like? New to the craft beer scene? Just ask and they’ll be happy to make a recommendation.

The 1,100 SF outdoor beer garden is a great place to hang out with friends, kick back a few cold ones and flat out chill. Oh, and the dogs love it here too!

We’re not just another neighborhood brewery, we’re a destination with plenty of secure, safe and free parking. So take the path less traveled, break free from the city and escape to LauderAle! 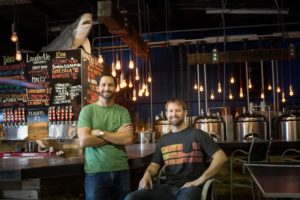 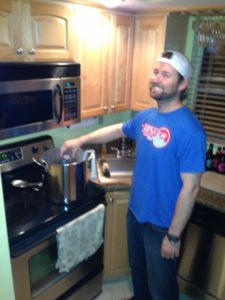 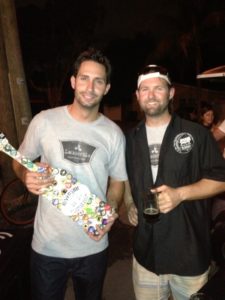 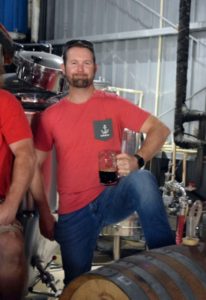 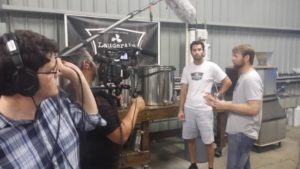 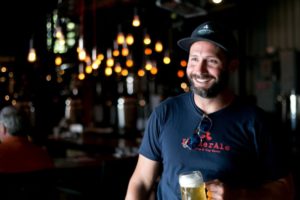 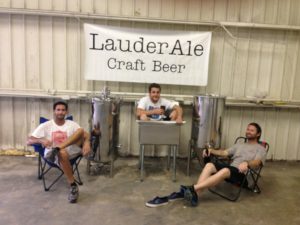 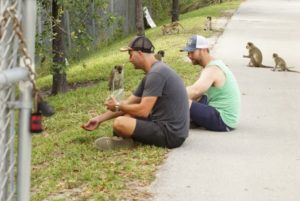 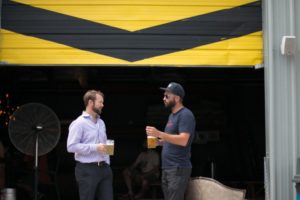 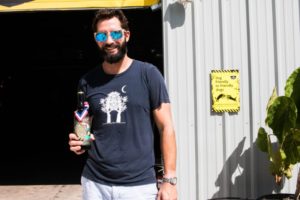 THE STORY OF LAUDERALE

LauderAle has gone from a five-gallon bucket to a must-visit treasure, celebrated in Fort Lauderdale and all over South Florida. LauderAle took home a gold medal at the 2016 Best Florida Beer Championships, and a silver medal at the 2017 event. What an adventure that started from a conversation between friends.

Just like every great idea, LauderAle was conceived between buddies over a few beers. Owners Joey Farrell and Kyle Jones stumbled upon this idea one night at a local craft beer bar. While bantering about possible inventions and other business ideas, the one that stuck was how fun and adventurous it would be to own a brewery.

The only problem was they were rookies at brewing beer. At the time, Kyle was a ten-year veteran of the residential real estate game, and Joey was, and still is, a naval architect, working for Resolve Marine, a maritime salvage and emergency solution group. The backstory of the boys is steeped in South Florida and the sea, something their beer carries over naturally.

Now that they had this risky idea they had to come up with a name. How could they combine where they are from with the bold, new endeavor? Ft. Lauderdale and beer. LauderAle came like a speed boat and just seemed too good to pass up. The hard part is remembering who came up with it. To this day, Kyle and Joey still argue over who came up with the name. 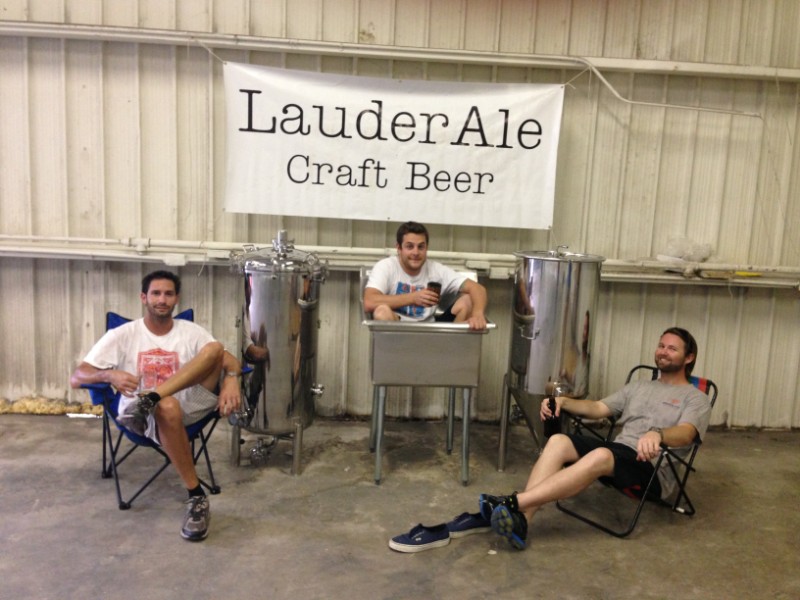 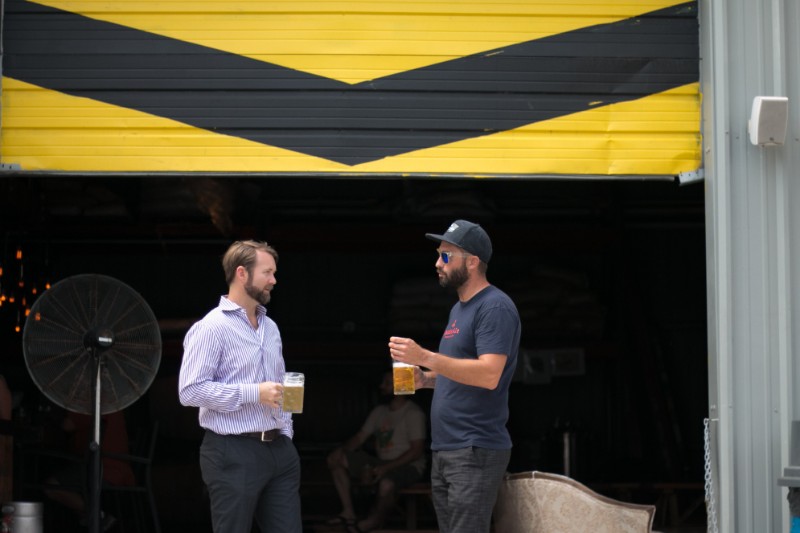 The day after their epiphanic discussion, they ordered a 5 gallon home brew kit. They started brewing on a stovetop oven in Kyle’s apartment.

After months of testing and sharing with friends and family, they moved into a garage and upped the ante to a 15 gallon, all-grain system that they custom built themselves. The new system seemed high tech compared to the stovetop one. It included a digital control panel that allowed them to control temperatures and pumps from a smart device.

Kyle and Joey kept experimenting, refining their recipes, the demand growing within their circle and community.

They moved their brewing system into a 3,200 SF warehouse in a small industrial district between Port Everglades and the FPL plant, which seemed like the perfect location for a couple of Ft. Lauderdale natives. Now, three years after opening, they are going stronger than ever, having just upgraded the brew house to 3 barrels allowing them to produce roughly 1,000+ barrels annually.

The LauderAle taproom, with its reclaimed wood and recycled materials, plays host to more events than almost any other brewery, from yoga and brunch to live music of all genres, full moon parties with fire-breathing dancers and much more.

Get the latest inside scoop on news, upcoming events, tips and specials from LauderAle.

Text SMOKESTACKS” to 8449690823 to receive alerts about new beer releases!